After suffering a lot of set backs with for the Location of the house we have finally made and agreement to film at Joe Garratts house. We managed to arange an agreement with him to allow us to film on his premesis. Due to dissagreements with are group we had to dissragard the use of Joe's house, however after long discussions we all agreed and were happy to film at his house. 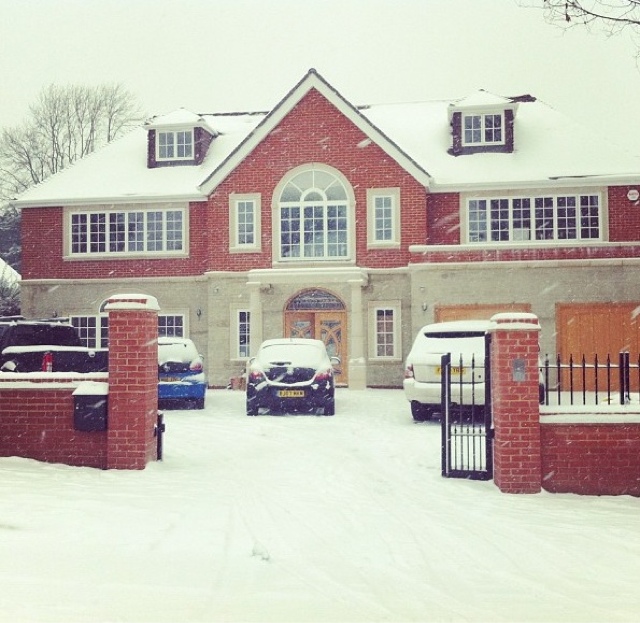 This is an Image of Joe's house. It is a large house, that is very nice to the eye. This house represents the wealth that Nancy has. The home has just been built and has had brand new interier and so the house would already have a nice set for us to use.

Before filming we all went to the house to look at the practicality of filming there. The house itself is very large and modern looking so fits with the genre and general 'look' of the film.  We looked at possible shot angles and scouted for the best places to film in the property. One place we really liked was the foyer of the house. This is the enterance and one of the main focal points of the house. The grand staircase emphasises Nancy's wealth. We took some testing footage to see how we could frame each shot. This allowed us to determin what kind of shots would be best. Taking this tester footage allowed us to save a lot of time when it came to the day of the filming.
Posted by Lewis Broughton AS Media Blog 4036 at 13:00